Consumers are driven to save electricity with rising energy prices and environmental considerations. Consumers may think of the environment as a whim or a fraud, but if it translates into an additional cost, then it must be considered.

Of course, energy will not go anywhere, its consumption will increase, the number of sources will increase and the most harmful ones will be replaced. Savings do not mean limitation, but wise use. You can economically spend a hundred kilowatts and waste a hundred watts.

Electricity savings are achieved by a reasonable (not chaotic) organization of their use, this is the result of planning activities. And the charlatan devices and "methods" advertised on the Internet sometimes have nothing to do with economics. These methods can only cause fire and electric shock.

All electricity consumers can be classified in some way according to the amount of energy consumed (energy intensity). For example, in this way, in descending order:

Even at home, this classification is justified: most electricity is consumed by kettles, stoves of various types - grills, toasters, electric stoves, then irons, dryers. A lot of energy is spent for lighting purposes. Lighting competes with refrigerators (compressor engine).

An ordinary home PC also consumes a lot, it is a big competitor of the refrigerator. In this scenario, TV, security and fire alarms and chargers for mobile communication devices consume less.

Converting electricity to heat is the most "remarkable" result that can be achieved, but it is also achieved with total efficiency. if such a conversion is necessary. The efficiency of the iron is almost 100%. For light sources, things are much worse - even for LED lamps, efficiency is close to only 15% (we can speak of 100% proximity only for quantum phenomena in a semiconductor crystal of LEDs, the rest goes to heating wiresand losses in additional equipment: drivers).

How to save energy without denying yourself the benefits of civilization? Since, as we can see, heating devices "consume electricity" above all else, this is the most important resource for saving. For them, energy-saving methods in everyday life are indirect, but no less important. First, the heat must be used to the full. For example, it is extremely unwise to boil water in a metal tank in a cold room that does not need to be heated. It is best to do this where the heat will spread through the rooms.

The resulting heat must be retained completely and for as long as possible due to the good thermal insulation of the installations. In European countries, for example, Germany, they are even fined for poor insulation.

With a multiparty energy payment and the ability to store heat, the most convenient will be the night mode of operation of water heaters and other heating devices. During the day, the heat will remain at a sufficient level. This is especially beneficial if residents are working or studying during the day. In addition, when spending energy during the night, consumers equalize the load on the power grid, which has a positive effect on their maintenance capacity and operating costs. This allows us to expect cheaper rates. 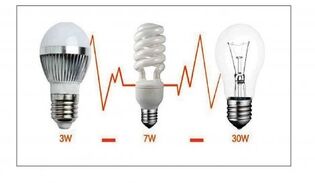 Let's start with a reminder to remember to turn off the lights where they are not needed. And think carefully about the location of the light sources (preferably with the help of professionals in the field) in all rooms, even if they are pantries. So we turn to the sources of light that exist in our time.

First of all, it should be noted that we live in a fertile time of rejection of incandescent glutone bulbs, which heat up more than they glow. The widespread use of fluorescent light sources (daylight) provides very significant energy savings, two to three times.

Fluorescent lamps made in the form of tubes of 40 and 80 W have already been widespread (since the 1970s), but mainly in public and industrial buildings.

The modern "energy saving" household fluorescent lamps on the E27 base are the same tubes with mercury vapor and phosphorus from the inner surface of the glass. But they are twisted in a round spiral and connected via a miniature electronic ballast located at the base and performing the same functions that the iron choke and the gas discharge starter previously performed.

But fluorescent lamps are already being replaced by LED lamps, which consume two to three times less energy than fluorescent lamps with the same luminous flux. They are still a little more expensive than other types of lamps, but the market is not yet saturated with new products. Costs quickly pay off due to significant savings in their use.

Both fluorescent and LED lamps have a very broad spectrum that comes close to daylight. This is due to the use of a primary ultraviolet source in both cases - LED lamps also use luminescence and ultraviolet light is converted into a mixture of all colors of visible light. Only in LED lamps, ultraviolet light is generated not by mercury vapor atoms, but by a semiconductor crystal.

Other ways to save energy when solving lighting problems are to turn the power on and off automatically. The person is forgotten, but the technique is not. The use of dimmers, dimmers, timers and motion sensors will minimize unnecessary light costs.

All of these products are in stores, are sold with guarantees, certificates and instructions, and have long since ceased to be exclusive crafts, available only to qualified radio amateurs who manufactured them for your home.

Electric motors are found in everyday life mainly in refrigerators, washing machines and air conditioners. There are also pumps for heating systems and pumps for wells. All other cases: coffee mills, drills, etc. , do not deserve attention, as they are rarely connected and for a short time.

The reduction of energy consumption in the case of continuous operation of electric motors is achieved either by their periodic shutdown (refrigerators and air conditioners), or by the use of frequency converters for asynchronous motors.

The latter are sometimes used to control pump engines for water supply and heating systems. As the operation of electric motors is usually associated with heat (cold), the saving measures are reduced to the fact that there are fewer reasons to start the motors: keeping doors, vents, refrigerator doors and freezers closed.

The energy consumed by electric motors in everyday life is relatively small - around several hundred or even dozens of watts, you can ignore the notorious "cosine phi" here, as the domestic consumer does not pay for reactive energy.

However, asynchronous motors have a characteristic: a large starting current, 5 to 7 times greater than the rated current. This suggests that the less these motors are started, the better, and justifies the use of frequency inverters, where they are acceptable (the cases of refrigerators, in particular, air conditioning, do not apply to this). And don't put hot pots in the fridge.

Electric motors used in household appliances can be classified according to power and duty cycle (fraction of time in a duty cycle) as follows:

Submersible water pumps are rarely used and have significant power. They are used in individual houses and cottages for wealthy owners. But even there, the issues of economics are not at the bottom. Therefore, the operation of pumps in such systems is optimized by hydraulic accumulators, frequency converters and controllers that control the functioning of the water supply. Everything happens automatically. 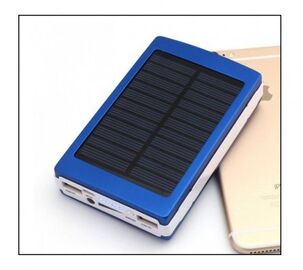 Gaming computers are able to close the counters well not only because of the fast processor, but also because of the powerful video card that runs 20 hours a day (game time flies fast and, startingat school, you may not notice how the pension approaches). . . Some people also use video cards to make money.

A typical office computer in silent mode consumes around 200 W, a laptop - 40-60 W. This is comparable to a TV and is not as significant. Despite this, it costs nothing to manage the power supply of such devices, especially since these features have long been provided by modern smart electronics.

As for chargers for phones and other mobile devices, they can be powered by "alternative" energy sources: solar panels and small wind turbines powered by appropriate converters (including, of course, 5, 12 and 20 VDC. The lattercan be used to charge laptops. )

Alternative sources in everyday life are not yet widespread, their capacity is very modest and the price is high. However, you have to start somewhere and advice on energy saving in everyday life should also take this into account. 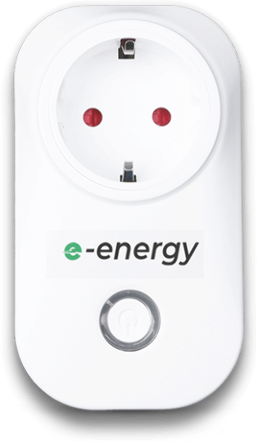